BRP will be closing temporarily on 1/31 until February 6. There may be a brief delay in shipping select parts and components until operations resume. 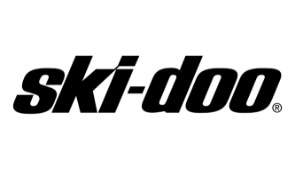 The 20th century brought with it millions of innovative products, vehicles, machines, and more. Microwaves ovens, vacuum cleaners, video games, CDs, and electronic television were all inventions of the 20th century that have shaped our world as we know it today. One of these creations was the Ski-Doo. In the early 1900s, inventors were beginning to equip cars like the Ford Model T with track systems to allow for snow travel. While these were quite useful, they did not fare well in wet, heavy snow. French-Canadian inventor and businessman J. A. Bombardier was able to develop a new type of caterpillar track system for almost any snow condition. This system featured toothed rubber wheels and a rubber and cotton track that wrapped around the back wheels. In 1937, Bombardier obtained his first patent for the development of a tracked vehicle designed to travel over snow. The B7, as he later named it, was an enclosed, seven-passenger vehicle. A larger model, the B12, was produced in 1942 to hold 12 passengers. These served as Canada Post vehicles, school transportation, ambulances, and more. Despite the success of these snowmobiles, Bombardier still worked towards creating a smaller, personal use version.

It was this persistence that led Bombardier to create the snowmobile design that we now associate with these snowy terrain vehicles. He opened his company l'Auto-Neige Bombardier Limité in Québec Canada in 1942, which allowed him to focus more on building a personal sled. As engines decreased in size, he was able to design a small, one person sled simply called the Ski-Doo Snowmobile 17 years later in 1959. With this, Bombardier became the first to mass produce snowmobiles. Bombardier designed the open cockpit layout, with many other copying it thereafter to enter this new and exciting industry of personal snowmobiling. He quickly worked to improve the Ski-Doo, modifying them with fiberglass hoods and Rotax engines in 1962. The line expanded in 1971, launching the Elan, Skandic, Valmont, and Blizzard Ski-Doo models.

Throughout the 1970s, 80s, and 90s, Bombardier saw the company booming in popularity in both North America and Europe. 1973 marked the one-millionth Ski-Doo to be produced, marking a huge milestone for Bombardier. In 1974, they worked alongside snowmobiling clubs to build trail networks, and the technology of the sleds was improved with better safety features and comfortable designs. Snowmobiling had now become a recreational sport, so more public trails were being formed and built to perfectly suit these vehicles. Ski-Doo was an official supplier of snowmobiles to the 1984 Sarajevo Olympic Winter Games, and four years later, the Calgary Olympic Winter Games. The growth continued into 1989, when Bombardier established an equal partnership with Finland's snowmobile manufacturer Nordtrac Oy. The company is now owned by BRP. Moving into the 1990s, the company hit the two-millionth mark on snowmobiles produced in 1993, the same year in which the Summit model was released, made specifically for powder snow and mountain terrain. In 1998, Bombardier celebrated 40 years of Ski-Doo snowmobiles, allowing the company to gracefully transitioned into the 21st century.

The success of Ski-Doo during the 2000s continued to grow as snowmobiling became increasingly popular. In 2000, Bombardier snagged the award for "Mountain Muscle Sled of the Year" by SnoWest Magazine for the Ski-Doo Summit 700 Highmark snowmobile. Bombardier yet again shocked the industry with the introduction of the Ski-Doo REV platform in 2002, a sled with the most nuanced technology in 40 years. This model slotted a spot in the James Bond movie Die Another Day as well. The company returned to the Olympics again in 2002, this time at the Salt Lake City Olympic Winter Games. In 2003, the company transitioned from Bombardier Inc. to Bombardier Recreational Products (BRP). Racing became one of Ski-Doo's objectives in 2004, where they refined the MX Zx 440 race sled. The modifications to the suspension and drive train allowed for a more competitive edge. In 2009, BRP celebrated Ski-Doo's 50th anniversary with brand new technology offering reduced emissions, high fuel efficiency, reliability, low sound, and an easy to use design. BRP introduced a revolutionary engine in 2010 called the Rotax E-TEC 800R, which delivered amazing improvements in performance, efficiency, and more. This engine was first available in the Ski-Doo MX Z X. 2013 marked BRP's milestone of three million Ski-Doo snowmobiles produced.

While BRP now includes vehicles like ATVs, boats, jet skis, and more, Bombardier found his success through snowmobiles. It was this passion that led him to create one of the most prominent powersport companies in the world. BRP has continued to make Ski-Doo sleds the very best option on the market. As the choice of professional riders, police forces, and others who typically work in snowy terrain, Ski-Doo has become a respected household name. As a continuously evolving brand, Ski-Doo has the unique ability to adapt to both the consumers' wants while staying mindful of environmental needs.